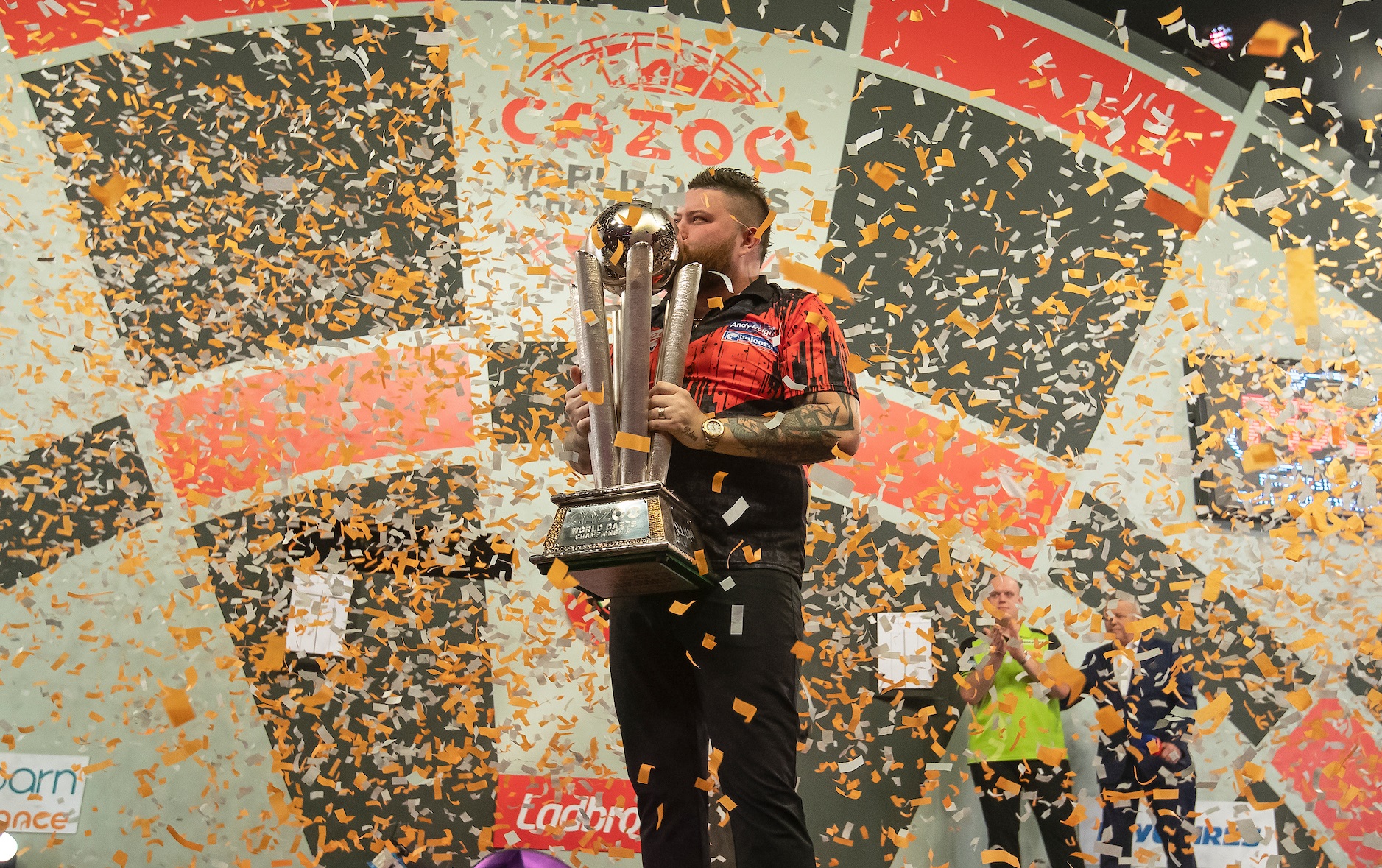 The 2022/23 Cazoo World Darts Championship was the most successful in the sport’s history both on and off the oche – with the event’s impact still being felt globally.

The 30th staging of the PDC’s World Championship saw 90,000 fans pack London’s Alexandra Palace across the Christmas and New Year period – with tickets being snapped up in record time last year.

A thrilling and dramatic tournament was eventually won by Michael Smith, who landed a nine-dart finish during the final against Michael van Gerwen before going on to lift the Sid Waddell Trophy for the first time.

A moment dubbed “the greatest leg in history” has gone on to gain worldwide acclaim, with Van Gerwen having missed double 12 for a nine-darter of his own before Smith achieved perfection, and led to the PDC’s biggest-ever day of social media interaction with over half a billion hits on all platforms.

The clip has featured on global news channels, was discussed by NBA legend Shaq and even saw Smith interviewed on the popular MMA Hour podcast with Ariel Helwani.

The Sky Sports commentary from Wayne Mardle and Stuart Pyke during the nine-darter has also become infamous across the globe in the fortnight since.

The World Championship has been featured by Spectator magazine, while Smith received messages of congratulations from around the world – including footballers Harry Maguire, Conor Coady and Toni Kroos, stars from his beloved St Helens rugby league team

Gabriel Clemens’ run to the semi-finals also led to record TV ratings for German broadcaster Sport1, in addition to coverage through DAZN in his home country.

Clemens’ semi-final tie with Smith was watched by a record-breaking peak of 3.78 million fans on Sport1, an all-time record for darts on the free-to-air channel and the third-best figure in their 30-year history, underlining the soaring popularity of the sport within Germany.

The tournament also enjoyed greater worldwide exposure than ever before to over 150 countries through the PDC’s broadcast partners, including Sky Sports, DAZN, Viaplay, VTM, Fox Sports Australia and Sky New Zealand.

“Even two weeks on, the Cazoo World Darts Championship remains a talking point for sports fans around the world, especially the incredible final we had between Michael Smith and Michael van Gerwen,” said PDC Chairman Eddie Hearn.

“The impact the tournament has had around the world is incredible – the social media numbers were off the charts, viewing figure were huge and the nine-darter is still being discussed on TV shows, podcasts and by written media even now.

“The sport has never been in a better place and it’s really exciting as we prepare for the Cazoo Masters later this month, the Cazoo Premier League from February and the start of the new ProTour season.

“The world is going darts crazy – it’s a sport where excellence is rewarded yet played in a party atmosphere that puts smiles on faces while it changes lives for the better.

“With prize money increasing again on the PDC circuit in 2023 and our global tours getting back to a full calendar, this is just the beginning!”

On the oche, the record for the total number of 180s hit in the event was smashed during the final as Smith landed 22 maximums and Van Gerwen hit 15 to set a new total of 901.

Ukraine was represented for the first time in the World Championship as Vladyslav Omelchenko competed at Ally Pally, where history was made as three women also competed in the 96-player field.

Smith’s triumph also saw him become world number one as he picked up £500,000 in prize money – making him only the sixth player to top the PDC Order of Merit since the move to a money-based ranking in 2007.

Since the World Championship concluded, the PDC has held its first World Series of Darts event in Bahrain – which was also won by Smith – seen Peter Wright win the Nordic Darts Masters in Copenhagen and welcomed a record field of entries to compete in the 2023 PDC Qualifying Schools.

Tickets for the Cazoo Masters and Cazoo Premier League have proven more popular than ever in advance of those events, while ticket sales have surged for the World Series’ visits to New York in June and to Wollongong and Hamilton in August and the 2023 PDC European Tour.